You are here: Home / Food N' Wine Vacations Blog / An introduction To The Greek Islands

An introduction To The Greek Islands

The Greek Islands-just the name evokes images of sun-drenched coastline, sparkling azure water, friendly people and an easy, happy way of life. While the iconic imagery applies, there’s a certain unique charm and individual appeal to each of the islands of Greece.

Though the islands number in the thousands, only 227 of them are actually inhabited. The islands are clustered into groups based on geographic location. These clusters are the Saronic, located close to Athens; the Cyclades, a very dense, large group of islands in the central part of the Aegean Sea; The North Aegean Islands which are located just off Turkey’s west coast; The Dodecanese lie in the southeastern stretch between Crete and Turkey; The small, tight Sporades which are off the northern coast of Euboea; and the Ionian islands, west of the mainland in the Ionian Sea.

Start With the Cyclades

The most convenient introduction to these glorious islands is by starting with Cyclades.

The  islands in the Cyclades are easily accessible and likely familiar, with names like Mykonos, Santorini, Naxos and Paros. Charming little coves and quaint villages dot the island of Mykonos, with its stunning water-edged cobble-stone walkways and famous windmills.

Santorini’s unique cliff-top villages offer amazing views and rugged landscape shaped by a volcanic eruption a few millennia ago. Explore the beaches at Paros, stroll the traditional Greek villages and dine in one of the island's classic tavernas. Naxos, as the largest of the Cyclades islands, offers much to explore. Take in the vast stretches of beach, the classic Grecian whitewashed architecture, the medieval Venetian mansions and visit Naxos’ archeological museum housed in a 13th century hilltop castle.

Kick Up Your Heels in Sporades

Sporades is known for its nightlife, specifically the island of Skiathos. There you’ll find a distinct casual vibe with its sunny beaches, lively open air waterfront clubs, and charming restaurants lining the old harbor.

Among the Dodecanese archipelago you’ll find a decidedly different cultural influence in architecture. This group of Greek islands boasts medieval castles and Byzantine churches dating back to the middle ages. The island of Symi is home to a major Greek Orthodox pilgrimage site, the 18th century Monastery of Archangel Michael Panormitis. In mountainous Symi you’ll see examples of the colorful neoclassical architecture popular in this group of islands.

Corfu in the Ionian Islands is a fascinating place to visit. While widely known as a jet-setter destination, with its plush resorts and rugged mountains, Corfu has a fascinating cultural aspect as well. Ruled at different times by the French, Venetians, and British before being united with Greece in 1864, Corfu still retains the obvious influence of each of Greece’s predecessors.

The Aegean island of Ikaria, is one of the most unique Greek islands, for both its scenic natural beauty and the long and healthy lives of the residents of this gorgeous island.

The Saronic Islands are a popular getaway for those who live on mainland Greece. Their proximity to Athens makes for easy travel and the islands of Aegina and Poros have some of the best beaches for families and vacationers. Aegina also is the site of the Temple of Aphaia which dates back to 500 B.C. The port on the island of Salamis harkens back to the 4th century B.C.

No visit to Greece is complete without a trip to the Greek Islands. With each individual island being a world unto itself, it’s the ideal way to complement a tour of the mainland and discover new ways to come to know this beautiful country. 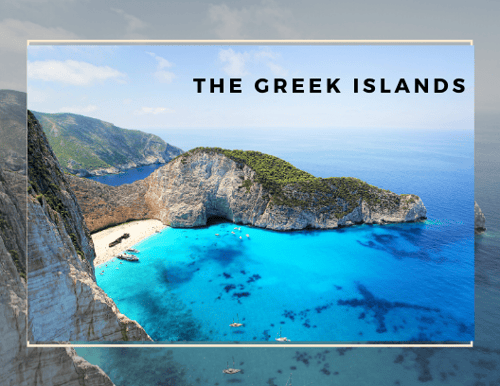 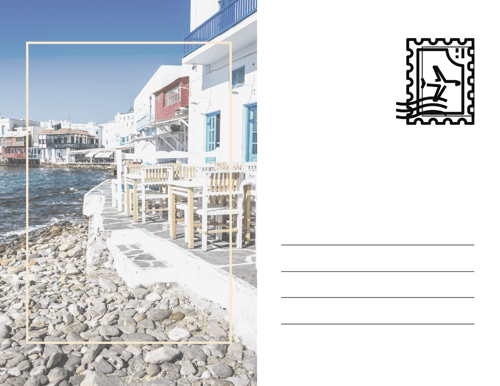 Orvieto, Umbria -Above and below