What Exactly is Truffle Hunting?

Of all the precious gems man has mined from the earth none is quite as prized and delicious as the truffle. While this subterranean delicacy doesn’t sparkle and isn’t really suitable to wear on one's finger, it’s no less dazzling-especially to the palate.

So where do truffles come from? And why are they so darned expensive? Let’s find out.

The truffle, mushroom’s courtly cousin, is a fungi that grows at the root of certain hardwood trees, typically the oak tree. The truffle grows very slowly and truffle hunting season is short. Once the truffle has been hunted and harvested, shelf life is painfully brief.

Truffles grow all over the world, but they grow best in areas of Italy’s Piemonte region where they have been hunted for generations. The earliest mention of truffles as food dates back to the 20th century B.C.

Legend has it that truffles originated on the earth when the mighty Greek god Zeus pierced the earth with thunderbolts. Truffles are actually the result of spores, much like any fungi, that are introduced to the ideal growing conditions of moist, damp, rocky earth, cool winters and warm summers.

Hunting truffles is part farming, part art and part sport. Truffle hunting is a family affair, usually closed off to outsiders and passed from father to son. The Piemonte region of Italy, asd well as Umbria are celebrated for their superb truffles.

Truffle hunting is often associated with pigs. It’s widely known that porcine are quite adept at rooting out this buried treasure, but unfortunately they want to hog the prize for themselves. Today’s truffle hunting has literally gone to the dogs.

As hunters dogs are much more reliable. They can sniff out ripe truffles, alert their master, and as is their nature, please their friend by allowing them the truffle trophy. Most hunting breeds can be used for truffle hunting-hounds, labradors, spaniels-but the Lagatto Romagnolo is the only dog recognized as a specialized truffle hunter.

The Hunt is On

Truffle hunting season in Italy’s Piedmont and Umbria regions runs from November through April and is quite the hunt experience.

These luscious spore-fruit grow a few inches beneath the soil, on the roots of the trees. The dogs alert the farmer to the ripe truffles location, unearthing them, and the farmer collects the truffles.

The harvest isn’t normally as abundant as, say, mushroom hunting may be, but a bit of truffle goes a long way to impart its delectable flavor. There is much involved in hunting the somewhat elusive and highly-coveted truffle, which accounts for the price.

How to Taste This Luscious Prize

There are two distinct truffles prized by chefs and foodies around the world. They are the black truffle, which is strong in its unique flavor and the white truffle, equally as umami, but a bit less intense.

These lovely underground delights are a delicious addition to just about any savory food that pairs well with a lusty, earthy, musky and decidedly umami flavor. Pastas, risotto, salads and cheese blossom with the addition of shaved truffles. You can render the flavor of truffles in butter to spread on fresh baguette or toast points. 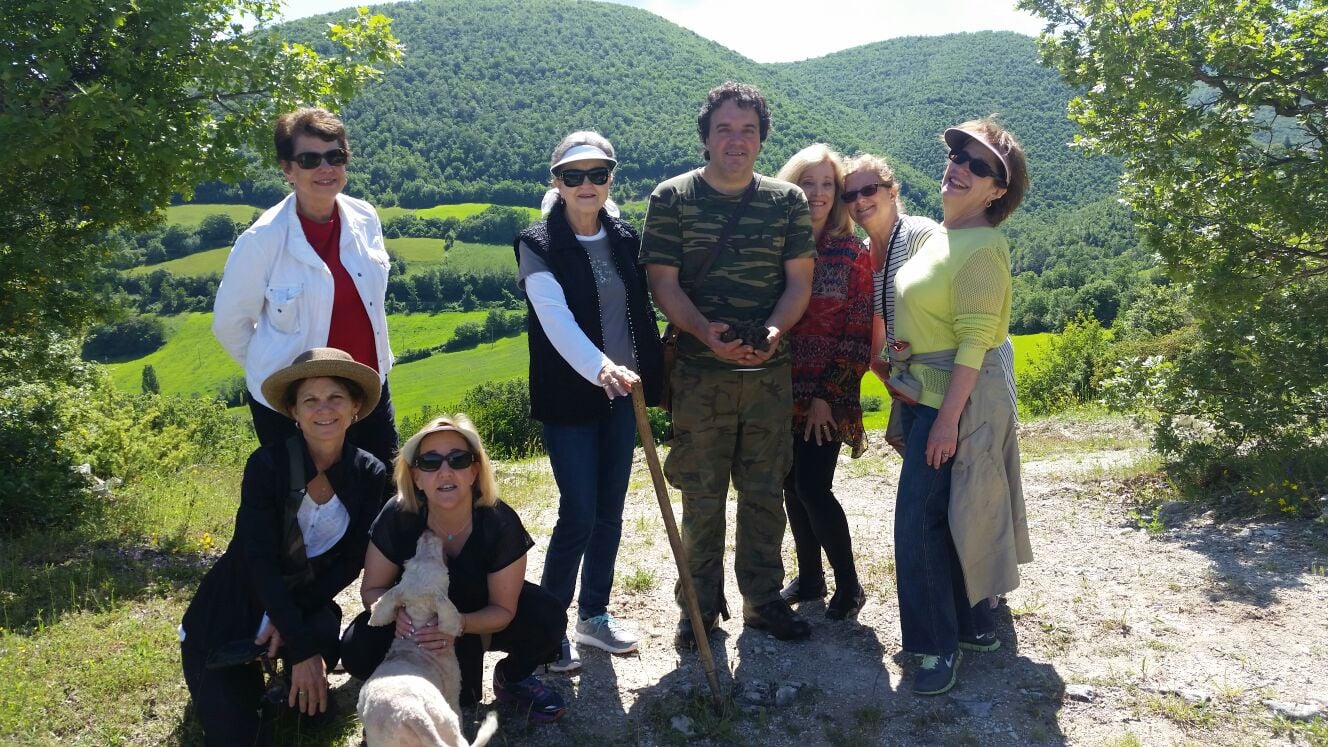