You are here: Home / Food N' Wine Vacations Blog / The most magical and beautiful hill towns of Umbria

The most magical and beautiful hill towns of Umbria

Umbria is located in the heart of Italy, easily within reach of major cities like Rome or Florence. Umbria's towns aren't packed with tourists and tour buses like its Tuscan sister, allowing visitors who are looking for off-the beaten path to experience and discover a true gem. There are many charming perched towns in Umbria but here we'll outline the must-see ones.

Spoleto's known by Spoleto Summer Festival, Europe's leading cultural event that includes music, opera, dance and visual arts preformances. The rest of the year, it is a lively, romantic, and charming town, a town that by simply walking you will discover boutiques, hand-crafted ceramic shops,  an excellent selection of restaurants, and cafes. You will see the residents, not tourists, go about thier daily life: picking something at the local delicatessen, sitting down for lunch with friends, and children going home to have lunch and siesta. 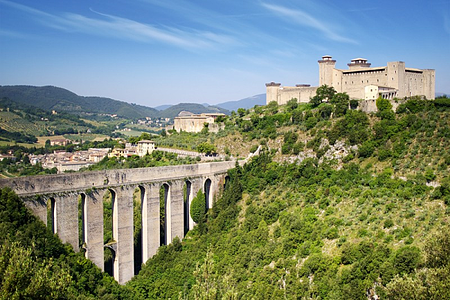 Spoleto has a castle on the hilltop, Rocca, that is the center piece of this beautiful area. The countryside around it absolutely stunning. Nearby, there's the Tower Brigde (Ponte delle Torri), a 14th century bridge built over the foundation of a Roman aqueduct. The bridge is about 750 feet long and at the highest point it's 262 feet above the gorge. You can usually walk on the bridge for breathtaking views of the valley and gorge below.

Spello has some of Italy's best preserved city walls, many of them Roman, some medieval. Spello's main point of interest is the town itself: its hundreds of steep medieval streets and stairways, arches and angles, decorated by coloroful seasonal flowers. 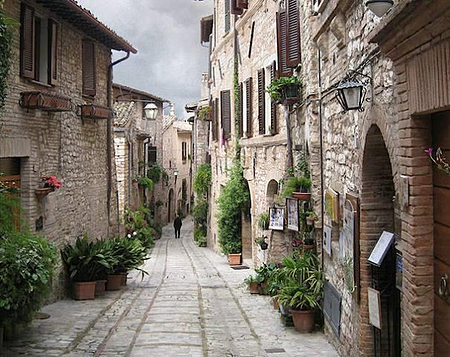 The most important annual event is the Infiorata flower festival, on Corpus Domini Sunday. For months, the residence of Spello and other participants collect flowers in the mountains to cover the entire streets of Spello with intricate flower images. Some of the pictures are so refined and detailed that it is almost impossible to notice the flowers- they look like paintings. The event has grown over the years and now attracts tens of thousands of visitors during the night from Saturday to Sunday. While more than 50 flower artist groups assemble their competing images, the visitors walk around and look on in awe.

The walled city of Bevagna is different from other hill towns in Umbria simply because it's not on a hill but sits on the banks  of the Topino river. Nevertheless, it feels like a perfect medieval, stone-constructed hilltop village. 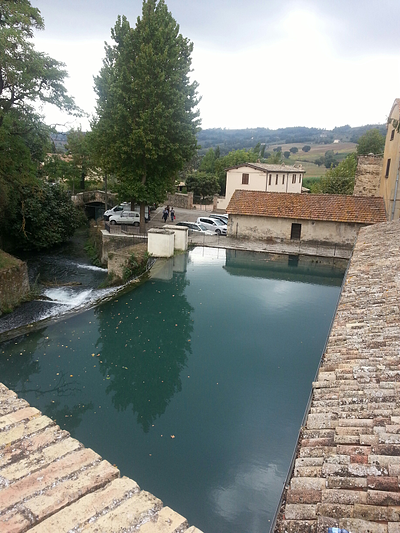 This cute, tiny village has a fairytale feel to it. Every June, Bevagna recreates its medieval past with set of events called the "Mercato delle Gaite". The inhabitants dress in 14th-century costumes, and each quarter of the city creates a tavern, which is open in the evening and serves dishes made from medieval recipes. One of the most popular events is the large market, where goods made according to 12th and 13th-century techniques are sold. Artisan workshops are also recreated, and some are often in operation all year around, providing schoolchildren with a lesson in the skills of the past. This is a truly unique experience. 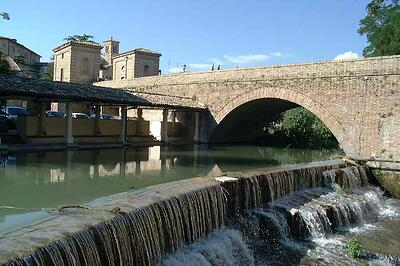 Montefalco is one of Umbria's most interesting wine zones, famous for its Sagrantino di Montefalco wine, Umbria's flagship wine. The walled town is perched at a uniquely strategic point which makes many call Montefalco the "Balcony of Umbria". 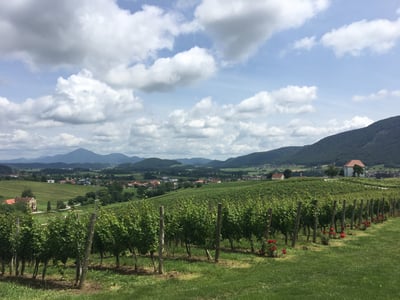 The first sight of Assisi, perched halfway up the slope of Mount Subasio, is extraordinary. Virtually untouched by modern architecture, with the soft pink of its medieval buildings shimmering against the greenery of the mountain, Assisi is an experience for the eye and the soul. Famous as the birthplace of St. Francis, Assisi holds religious, historical, and artistic significance. Despite the many tourists visiting it every day, it does not loose its charm.

Umbria's grand hill town sits majestically on a large volcanic rock. Orvieto'a famous Duomo is visible for miles around. The Duomo, called the Golden Lily of Cathedrals, is famous for its mosaics that decorate its incomparable facade. 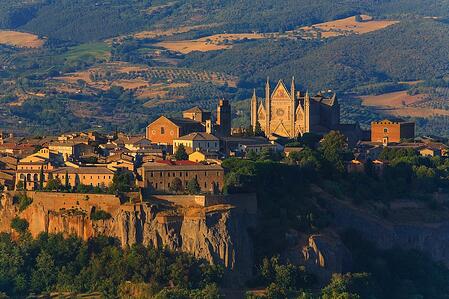 Saint Patrick's Well is another architectural marvel that was built for Pope Clement VII  in case of siege or conflict. It is 175 feet  deep and inside are two double-spiralled stairwells, planned for easier transportation of water. 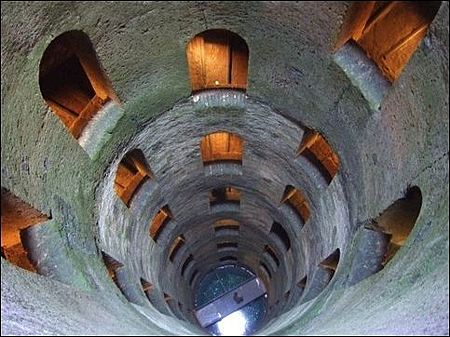 Underground Orvieto is a facinating journey through time. There's a real underground city made up of a large number of caves and tunnels that cross and overlap underneath the urban fabric, where Orvieto’s inhabitants have carried out a multitude of daily activities since the city’s origins back in Etruscan times.

Want to see a magical itinerary in Umbria: Check out Culinary Paradise

Discover the food specialities and wine of Umbria