Portugal is an attractive destination. There’s so much to see and do in this lovely slice of the Iberian Peninsula. Miles of gorgeous coastline, historical harbors, gentle hills and rugged landscapes along with cultural cities and stunning architecture abound in Portugal.

Portugal is a country which embraces both contemporary culture and a traditional way of life with pride. The people of Portugal approach most things with gentility and kindness, respect and grace. For those who are fortunate enough to visit this exquisite country there are a few things you should know before you go.

Though typically an easy-natured bunch, the Portuguese feel there are some rules of etiquette which simply must be observed. When in Portugal kindness and respect are held in high regard.

When you greet someone it is customary to shake hands. You are expected to shake hands with everyone in the room, men, women and older children, as you look them in the eye. You will do the same upon leaving their company. This is considered customary in both formal and social settings. Between women you only extend a hand in formal situations. You will see men clap their friends on the back in greeting and some women, who are familiar with each other, embrace or kiss upon greeting but for the most part the Portuguese are more reserved than those in other countries.

As you might expect of pleasant but reserved people, hand gestures are kept to a minimum. Any show of effusive emotion is considered poor manners and, as in most other countries around the world, pointing your finger at someone is rude.

It’s not uncommon for the Portuguese to interpret “on time” as 15-30 minutes later. The best thing to do? Make sure you are on time and expect to wait, be patient and never chastise your Portuguese friend for a late arrival.

English is spoken in Portugal but only by about one third of the population. Don’t expect the person you’re speaking with to understand you right off the bat if you’re speaking English.

When in public conversation and communication leans more to the formal side however in social settings it is much more relaxed. Portuguese people do speak fast and often a little louder than you would expect but this is just a part of the Portuguese way of conversing.

It’s customary to maintain about an arm’s length of distance between you and other people when conversing. Those who are conversing with friends and family may touch a bit when communicating however it is never appropriate to touch someone you don’t know, not is it acceptable to touch in formal situations. As in the US you will observe friends hugging one another or couples displaying affection by holding hands or kissing but always within the confines of decorum.

The Portuguese are very modest when it comes to the way they dress. When visiting the beautiful beaches in Portugal it is accepted and expected that you would wear beach attire, however when you leave the beach scene you need to return to a more modest wardrobe.

The Portuguese prefer to dress in a style that is understated but elegant. Even in casual settings. This doesn’t necessarily mean suit and tie or dress, hose and heels but take care to look put together, especially in the cities. Jeans are acceptable if they are clean and neat. If you are at a tourist resort you can loosen up a little bit and don your tee-shirts, shorts and sneakers.

Away from resort life, shorts are a rarity, especially for men. When touring a church or cathedral it is customary to cover shoulders and please no bare legs ladies.

The Portuguese value politeness at all times. Be sure to speak and act accordingly. Learn a few words of courtesy such as hello, goodbye, thank you and please.

Respect for Faith and Religious Practices

The history in Portugal is deeply connected to religion and as such the people are a very religious group. Catholicism and other forms of Christianity are the predominant religions in Portugal. A large portion of the population (81%) are practicing Catholics. Muslims are also represented and there is a small Jewish community. Please show respect for all faiths. Anything else is considered quite offensive.

Family is The Center of Portuguese Life

Family is important and the main focus of life in Portugal. It’s not unusual to see children out with their parents late at night, even school age children. There’s an appreciation for all generations and the elderly are respected and revered. If you’re in line and a senior citizen cuts in front of you it is often expected and overlooked. Portuguese life celebrates the family and, very often, that means a little bit of chaos ensues in shops and restaurants. It’s best to just smile and go with the flow.

Additional Tips for Your Visit to Portugal

Make your trip to sunny Portugal one to remember by following these tips. Practice kindness and respect in all things and behave and dress in modest, thoughtful and gentile ways and you will enjoy the culture in Portugal even more. 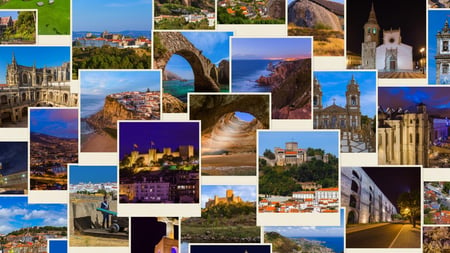 The Magic of Dordogne